It is with great sadness that the family of Dennis Fase announces his passing on March 8, 2019 at the age of 51.

He was born Dennis Lee Fase on May 2, 1967 in Omaha, Nebraska, the son of Karen K. (McCormick) and Robert W. Fase, Sr. Dennis grew up in Papillion, Nebraska and graduated from Papillion High School in 1985. He went on to attend Kearney State University, now known as the University of Nebraska-Kearney in Kearney, Nebraska, on a football scholarship. He graduated with a Bachelor of Science in Finance and Economics in 1990.

After graduation, Dennis moved to Boulder to start his career in finance with Mutual of Omaha. From there he moved to Bank One and in 1997 began his 22 year career as a Wealth Management Consultant with Merrill Lynch in Boulder.

On July 1, 1995, Dennis was united in marriage to Becky Ann Krietemeyer at St Joseph Catholic Church in Ft. Jennings, Ohio. They we blessed with three beautiful children, Benjamin, Olivia, and Alexander.

Dennis was a diehard Nebraska football fan, never missing a game. He enjoyed playing golf, holding babies, watching funny movies, including his favorite, “Caddyshack” and just being an overall goofball. He was the envy of the neighborhood with his meticulous yard. He was quite the perfectionist.  By far, his favorite activity was attending and watching all of his children’s sporting events.  He was incredibly proud of their accomplishments.

Dennis was a staunch believer in giving back to the community. He was currently serving on the Boulder Community Health Foundation board and was a past member of the Imagine! Foundation board.

Preceding Dennis in death was his sister Debra Sheppard in 2017.

Surviving family members include his parents, Robert and Karen Fase, his wife Becky, and his children Benjamin, Olivia, and Alexander. He is also survived by his brother Robert W. Fase, Jr., as well as many nieces and nephews.

The family suggests memorials be made in Dennis’ name to Imagine!, the YMCA of Northern Colorado, or the Boulder Community Health Foundation.

Nebraska memorials may be made to The Papillion-LaVista School Foundation -Fase Family Fund for Teacher Excellence and Recognition. 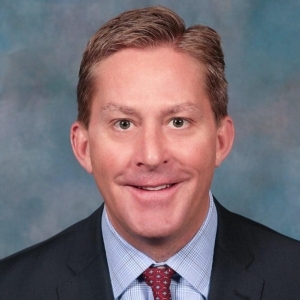 There will be a visitation time with the family on Thursday, March 14, from 4:00 P.M. to 7:00 P.M. at Darrell Howe Mortuary in Lafayette, Colorado.

Funeral services will be held on Friday, March 15 at 10:00 A.M. at the First United Methodist Church of Lafayette. Burial will take place on Sunday, March 17 in Papillion, Nebraska.  There will be a gathering for family and friends from 3-5 at Kahler Dolce Mortuary in Papillion with a memorial service beginning at 5:00.

Scroll back to top