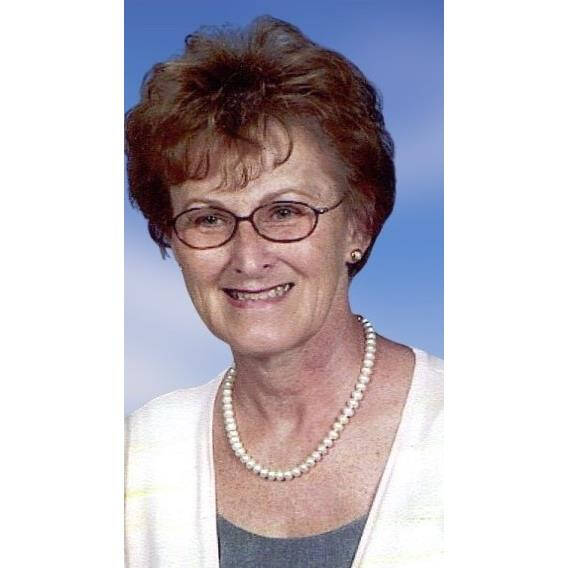 Jerry Lee (Green) Diekhoff of St. Denis community, Westport passed from this life to be with her Lord at 12:30 a.m. on Wednesday, January 12, 2022. She had battled a serious heart condition for the past 18 years. She was born on March 16, 1946 in Decatur County, Greensburg, Indiana. The daughter of James W. and Virginia M. (Herndon) Green. A 1964 graduate of Sandcreek High School, Decatur County. A member of the former St. Denis Catholic Church where she was the organist/keyboardist for 24 years. She served as a Religious Education teacher for several years for children of St. Denis and Immaculate Conception Parishes, Millhousen. She was a former employee of Doctors Childress, Weimer, Weigel and Lecher/Lohmueller’s Optometry Office. She was a charter member of Beta Sigma Phi Sorority, Westport chapter and a past president. On February 27, 1965, she and Bernard J. Diekhoff were joined in holy matrimony at St. Denis Catholic Church, later blessed with one son and four daughters. They lived their entire married life on their farm east of Westport. Jerry loved her faith and family more than life itself, her love of music was apparent throughout her life. She was the genealogist for the Diekhoff families for many years, while also researching the extension of the Zapfe, Hoeing, Ruhl and Spander families, collecting thousands of family member’s histories. Along with working several branches of her own family histories made up of Green, Herndon, Reed, Hanshew and Jones. She enjoyed gardening and preserving her produce for her family, cooking was a favorite of hers, along with travel and wintering in Florida with Bernard for better than 20 years. They traveled throughout the states and enjoyed many trips outside the United States. She would say she lived a blessed life with a loving husband, giving children and grandchildren which meant the world to her. She would say God has been good to her not with just her family members, but many wonderful friends throughout her lifetime. Don’t cry for me, I am free and happy where I am, just remember the good things we shared throughout my lifetime. Survivors include her husband, Bernard; son, Robert; wife, Teresa Diekhoff of Westport; daughters, Amy L. Speer of Greensburg, Melissa, husband, Matt Harsh of North Vernon, Becky, husband Erik Burkhead of Westport and Jennifer, husband Russ Flynn of Bedford, Indiana. Grandchildren, Kassidie (Chris) Dickson, Delanie (Walker) Gabbard and Cody Diekhoff, Jordyn (Dallas) Mullens and Logan Speer, Dalton, Madisyn, Alexis and Stone Harsh, Spencer and Reece Burkhead, Zach, Seth and Brittney Flynn and great grandchildren, Maklynn Joleen Speer, Joshua A. Gabbard, Grayson R. Mullins and Jacob Walker. Sister, Phyllis Ketrow of Fort Wayne, Indiana, John Richard “Rick” Green of Davenport, Iowa. One surviving aunt, Louise McDaniel of Rushville, several nieces, nephews and cousins from the Green, Herndon and Diekhoff families. Memorials may be made to the Cincinnati Children’s Hospital in the Cystic Fibrosis Section of the hospital in memory of Makenzie Ray Diekhoff. Jerry was preceded in death by her parents; grandparents, Otis and Jenny (Reed) Herndon, Clifford and Alta (Hanshew) Green; sisters, Karen Sue Green (infancy), Patricia Joleen Cruser and Carole Jean Green; brother, James David Green; granddaughter, Makenzie Ray Diekhoff; one niece, Robin Renee Gorbett and five nephews, Jeffrey, Michael and Donald Cruser, John Richard and Mark Edward Green. A Mass of Christian Burial will be celebrated at Immaculate Conception Catholic Church in Millhousen at 10:00 a.m. on Monday, January 17, 2022 with Father John Meyer officiating. Visitation for Jerry will be held on Sunday, January 16, 2022 from 3:30 until 8:30 p.m. for the public, rosary at 3:00 prior to visitation at the Bass &Gasper Funeral Home in Westport. Burial will follow at the St. Denis Catholic Cemetery. We ask visitors to follow social distancing guidelines inside the funeral home and masks are recommended. Online condolences can be made to the family at www.bassgasper.com

HOPE On the morning of January 22, 2022, C. Stanley Embry passed to his eternal Home. Stanley was born in...